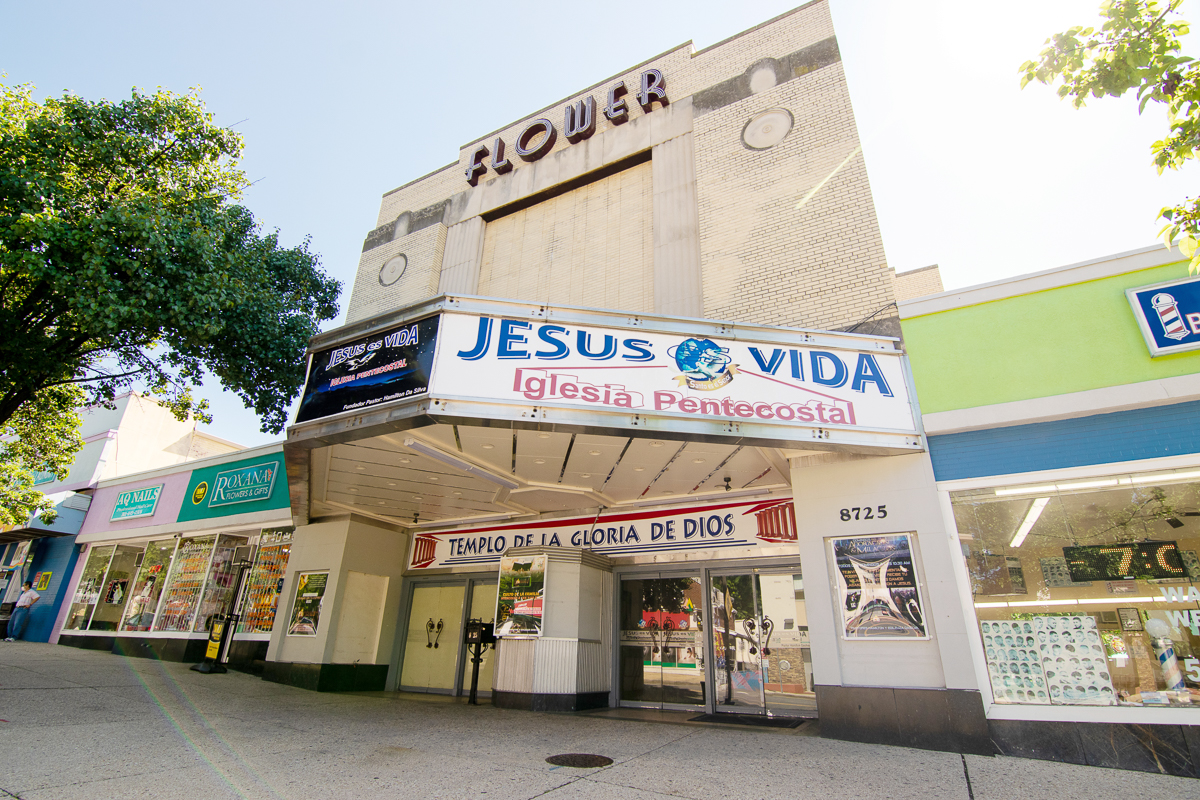 The Flower Theatre was designed in 1948 by architects John Jacob Zink and Frederick L.W. Moehle for the K-B Organization. It opened in 1950 as the centerpiece of the Flower Shopping Center. The 800-seat single auditorium was sold in 1979 and first converted into two and later, four screens. It closed again in 1996 and was later has been occupied by a series of churches.

Stay in the Loop